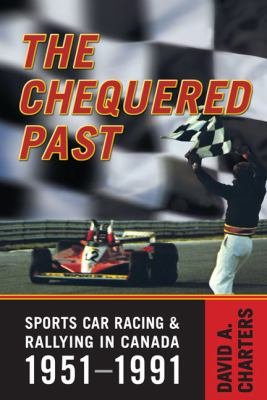 GET BOOK
The Chequered Past Book Description:

In the forty-year period between 1951 and 1991, Canadian sports car competition underwent a massive change, transforming itself from an amateur recreational pastime to a commercialized profession and from an individual sport to a spectacle for mass consumption. The Chequered Past is the story of the struggle over power and purpose within the Canadian auto sport that led to this transformation. The first comprehensive history of sports car racing and rallying in Canada, The Chequered Past traces the efforts of the national governing body - the Canadian Auto Sport Clubs (CASC) - to bring its sports car competition up to a 'world class' level, and to manage the consequences of those efforts in the second half of the twentieth century. David Charters traces the social origins of the sport and the major trends that shaped it: professionalism, technological change, rising costs, and the influence of commercial sponsors. Charters argues that while early enthusiasts set the sport on a course toward professionalism that would eventually produce world-class Canadian events and racers, that course would also ultimately change the purpose of the sport: from personal recreation to mass entertainment. As technological innovations drove up the costs of competing at the top ranks, racers were forced to rely on sponsors, who commercialized and ultimately gained control of the sport. The end result, Charters argues, was the marginalization of the amateur competitor and of the CASC itself. Based on extensive research into the CASC's records and dozens of interviews with former competitors and officials, The Chequered Past opens a window into the rich but virtually unknown history of the auto sport, and claims for it a place in Canadian sports history.